Has Air Quality Been Affected by the Diesel Emissions Scandal?

The diesel emissions scam, also known as the Emissionsgate or Dieselgate scandal, is one of the biggest blunders of the automotive industry. It involves some of the most popular vehicle brands in the world, including Volkswagen, Audi, Peugeot, Alfa Romeo, Nissan, Suzuki, Renault, BMW, and Mercedes-Benz.

While the biggest issue the scandal exposed was the carmakers’ deception of their customers (i.e., lying about the car’s environmental standards), it also highlighted the dangers that emissions bring to the environment and humans.

Ever since the scandal broke, governments and environmental campaigners have been implementing one initiative after another. Law firms have been busy, too, encouraging affected car owners to file for diesel emissions compensation from the manufacturers that duped them. 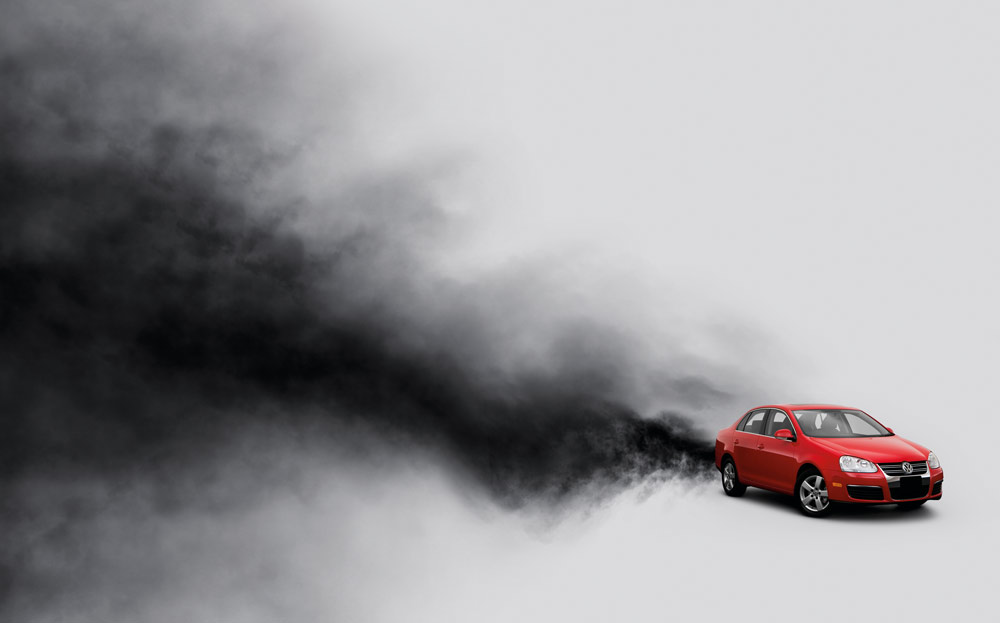 These groups are aware of the negative impact of the Dieselgate scandal.

Summary show
What is the Dieselgate scandal? What are its negative impacts?
Air pollution in the UK
Do your part in fighting air pollution.

What is the Dieselgate scandal? What are its negative impacts?

The Dieselgate scandal involved carmakers like VW and Mercedes and their alleged use of defeat devices to cheat on emissions testing. Authorities discovered the devices installed in thousands of manufacturers’ diesel engines sold across the United States, Europe, the UK, and other parts of the world.

These defeat devices can tell when a car’s emission levels are being tested. Once they detect that such a test is being conducted, they suppress the number of toxic gases emitted by the vehicle so it falls within the mandated limits. However, once the car is driven in real-world road conditions, it reverts to its default emissions levels, which are at least four times over the World Health Organization (WHO) and EU limits.

In essence, the carmakers lied to their customers by telling the drivers that they were buying clean and safe vehicles that did not harm the environment. In reality, though, every time they drove their VW or Mercedes-Benz diesel cars and vans, they were worsening the air pollution levels in their town or city.

The vehicles emit gases known as NOx or nitrogen oxides. NOx is a family of oxides or gases that form from fossil fuel combustion. It has NO or nitric oxide, which is relatively harmless but can become harmful once it combines or reacts with NO2 or nitrogen dioxide. NO, and NO2 are the two main NOx molecules (others are in lower concentrations).

Nitrogen oxides from vehicles are formed when nitrogen and oxygen interact in a high-temperature, highly combustible event. This typically develops in fossil fuel power plants and car engines, particularly in diesel engines that are found in large amounts.

NOx gases are responsible for the creation of smog that produces the brown haze you see above you, especially in the summertime. NOx is also accountable for developing ground-level ozone, bad ozone, for its pollutant characteristics.

Plants, particularly vegetation, are greatly affected by NOx emissions as they become weak and susceptible to frost damage and disease.

Nitrogen oxides have numerous health effects on persons constantly exposed to them.

Exposure to high levels of nitrogen oxides can lead to:

Air pollution in the UK

According to the WHO, approximately 4.2 million people die every year because of exposure to outdoor air pollution. Reports also show that air pollution causes more yearly deaths than vehicular accidents.

A 2020 annual air quality assessment report revealed that the United Kingdom has not complied with the NO2 limits, especially in several urban areas. Although there was a slight decrease in the NO2 average roadside concentrations at the beginning of the COVID-19 pandemic because of the reduction in traffic, road transport emissions in the UK are still high.

While other factors contribute to the excessive NOx emissions, a large part of the equation comes from the diesel vehicles equipped with defeat devices. This prompted the UK government to come up with measures to help combat bad air. Some examples are the Clean Air Zones (CAZ) and London’s Ultra-Low Emission Zones (ULEZ). However, stricter measures need to be implemented. The automotive industry has to develop sterner rules for vehicles, especially for those involved in the diesel emissions scandal.

Do your part in fighting air pollution.

For car owners affected by the emissions scandal, the best way to join in the fight against air pollution is to file a Dieselgate compensation claim against their manufacturers. It’s quite simple, so you don’t need to ask, “How do I file my diesel claim?”

Verify from your manufacturer that your vehicle is affected and find a panel of emissions solicitors who are highly experienced. The board of solicitors at ClaimExperts.co.uk is good at winning claims and is committed to helping you get your Mercedes emissions claim without waiting for months or years. Get in touch with them now to find out if you are eligible to claim.